Events That Occurred in 1930's

1930s Invention
​
“This product, consisting of clear cellophane tape with a pressure-sensitive adhesive on one side, would become a household and office necessity. “ This quote was written by Ellie Gambrel. The meaning of this quote is that when scotch tape first came out it was very popular, a large amount of people would want it for offices and just to have around the house. The quote also explains how the tape was, that it would help many people. Some others inventions that were made in the 1930s was frozen food, and the different analyzer. However, there were more popular inventions that were made in the 1930s to help people in there daily life/world today.


In the 1930s the first Transparent cellulose tape called Scotch tape was invented for people that were in the official or just for household item. The create rater of this transparent tape was named Richard Gurley Drew. It helped many people in the 1930 because according to the article, The History of Scotch Tape “Moisture-proof way to seal food wrap for bakers, grocers, and meat packers” [Sarah Stone] Many bakers and companies used tape for example the bakers would use it for extra items like if they had flour and they would only need half of it the would seal the other half for later. Companies would use it to package their products or seal their products so it doesn't get ruined. Eventually more and more companies and barkers started buying tape for there needs. Most of the buyers were using it for cooking sealing, just household item and for their companies. Ultimately, almost all the companies and bakers bought tape for their use.
​
This is how scotch tape looked in the late 1930s
these are the types helicopters that some of the pilot use in the 1930s 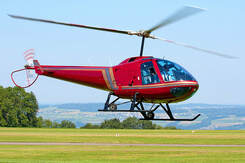 Although there are many inventions helicopter is the one who impacted the world the most and caused many things. On September 14, 1939 it took people by surprise when the first surcease helicopter took flight Stratford, Connecticut. The inventor was Igor Sikorsky he passed away on October 26, 1972. He was 12 when he started the model. For instance in the article Igor Sikorsky Aviation Pioneer “ Aircraft got its first contract from the U.S. Army Air Corps for an observation helicopter that became known for life-saving missions in military and civil emergencies.” [Nancy S. Giges ]. Sikorsky aircraft helped the U.S army this impacted it a lot because if they didn't have the helicopter they wouldn’t have fast transportation. It also states that it was the first contract from the U.S air corps so this means after that many armies such as Finnish army and many more wanted a helicopter to help them with wars and to get the to their local very quickly. Eventually it got very popular and very know to the world this means that the helicopter impacted our world that we live in today.

In the late 1930s frozen food was invented and later then became a billion - dollar industry. The inventors was Clarence Birdseye died on October 7, 1956, in New York. His first frozen food contaminated  turkey, cornbread dressing, frozen peas and sweet potatoes packaged in a tray like those used at the time for airline. Additionally and according to the article,  Frozen food foundation “ Birdseye introduced the first line of frozen foods for sale to the public in 1930 and the frozen food industry was born “ [Dr. Mark Harrison]. This mean when it was first release they made the first food industry Then after a couple of months it expose it became popular airlines started to buy frozen food for when people travel they have something to eat. Also World War II and an ever-expanding product line that included such marketable items as frozen concentrated orange juice. So frozen food was for wars, airlines, or people who can’t cook or want something quick. Basically, frozen food was for everyone and also it became the first food industry.
All in all, there were many inventions in the 1930s that made our world better, help the world become a better place for us.